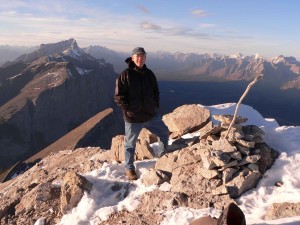 A resident of Alberta since 1986, he has taught at Medicine Hat College, Alberta College, the University of Alberta. He has been a member of the piano faculty at The Conservatory at Mount Royal University in Calgary since 1994, where he has also served as Piano Coordinator and Coordinator of Academy Piano.

An increasingly busy career performing was cut short by an injury to his hands. In 1995 while recovering from the injury, Peter took up composition. Since 1998, he has pedagogical piano pieces published by Alfred, one of the largest music publishers in the United States, as well as Palliser Music, an Alberta company.  His compositions are many and varied, including film composition, solo piano music and he is now branching into chamber music. Recently, he has written a Suite for Violin and Piano, commissioned by Edmonton violinist Frank Ho, a Sonata for Cello and Piano for Duo Polaris, and a piano duet composed for Susan Hlasny entitled “Red Coat”. He has two recordings to his credit: “Oh Evergreens” – a recording of the poetry of Elly van Mourik accompanied by Peter’s original compositions, and a recording of Peter’s compositions for solo piano, “Music for Piano”, which was funded by a generous grant from the Alberta Foundation for the Arts. He was the performer on both recordings. Peter is an Associate Composer with the Canadian Music Centre.

As a writer, his articles have appeared in Clavier Magazine and Clavier Companion, The Canadian Music Teacher, and The Calgary Herald, as well as numerous piano pedagogy newsletters across Canada. Peter is a member of  Alberta Registered Music Teachers Association, Calgary Branch and the Alberta Piano Teachers Association. He is also an artistic advisor for Alberta Pianofest.