The Instrumental Society of Calgary

Come hear the premiere performance of Calgary composer Peter Jancewicz’s new Sonata for Cello and Piano, commissioned by Duo Polaris, (Julia Haager, piano, and Kirill Kalmykov, cello). Also featured on the program are two great masterpieces by Robert Schumann as well as a selection of the most beloved songs by Franz Schubert.

For more information, please visit the Instrumental Society of Calgary. 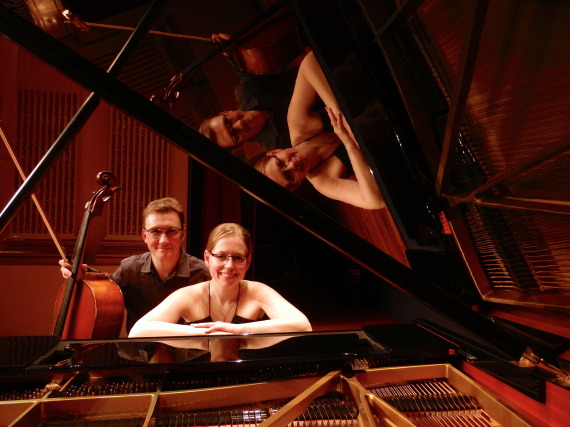 Both Julia and Kirill have enjoyed extensive performing careers and are interested in reaching out to diverse audiences, specifically in smaller communities.

Duo Polaris has performed extensively in Alberta and British Columbia, and plays frequently at The Banff Centre, the Mountain View Festival, the University of Calgary’s Contrasts Festival and Instrumental Society of Calgary concert series.

Julia and Kirill are both on faculty at the Mount Royal University Conservatory and the Academy for Gifted Youth Program, and are grateful to have received generous support of their careers from the Alberta Foundation for the Arts.